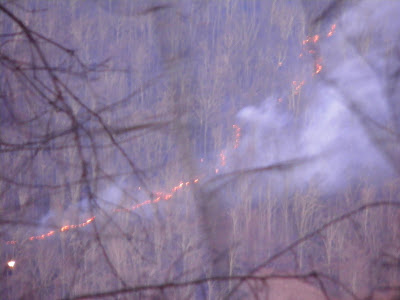 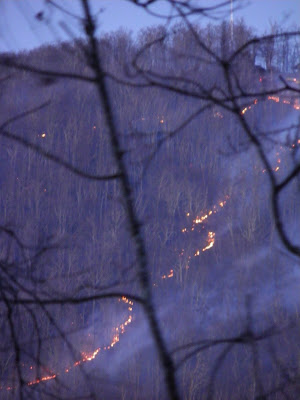 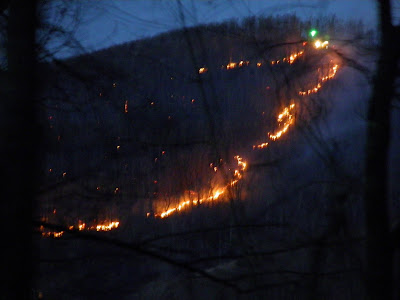 Yesterday starting a 3:45 P.M. a forest fire blazed on a mountain
opposite the one on which we live. By the night time it was blazing in
full view. Winds here were dry and gusting up to 55 M.P.H.
making it a real challenge to contain. Fire fighters were
called out to from all neighboring counties. I awoke this morning
to hear on the radio that all homes that were in
jeopardy were saved! We were able to procure these
photos across the valley to the mountain top that
was involved. I had never seen a fire line
so clearly and from this vantage point
before in my life.
Praises to all involved in fighting this fire.
It was really something to watch at night!
Let's hope that it is a one time event.
Apparently, it was started when
the high winds caused a tree to
fall down across electric lines...
I would say that I can surmise thus
far that living in the High Country
is not for the faint of heart.
at February 15, 2011