A story to prove it.

When I was a girl, we moved a lot. A lot-a lot. So many times that frankly, I cannot (now) tell you home many times moves we made...Like I said, there were a lot (of them.)

I remember sitting in a gym (you know, the kind with the wooden basketball floor.) There were red lines and a big white circle on the floor (at least, I think so. It was a long time...ago, now.) The planks were wood; golden yellow.

During a game of duck-duck-goose, I remember 'spying' a very pretty and petiter-than-me young girl across the way. She had long, beautiful slightly curly dark locks of hair that flounced all around her when she ran. I think they actually kind of flew out floating behind her when she ran. Her curls actually bounced around. And I 'hated' her (for it.) (She was probably very nice.) (Too.) I wouldn't know. I don't think that we stayed (there) long enough for me...to find out. At least I don't think so.

(The blog title should read: "Duck-duck-gooooose!")

This is my 'dramatic' and my 'artistic' rendition. (You can 'click' on it to make it bigger, if you must.) 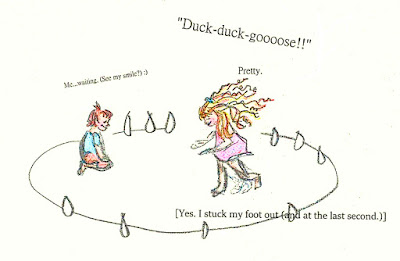 (I made it smaller because I am too ashamed to make it big.) :-/
(actual event...'somewhere' near Madison.)

I am reminded of a GREAT comic strip (from my childhood) called Goofus & Gallant [from the Highlights Magazine (another super, terrific read, even for adults) from 1948; written by Garry Cleveland Myers and drawn by Anni Matsick.]

Here is a small sample of their instructive and enlightening work: 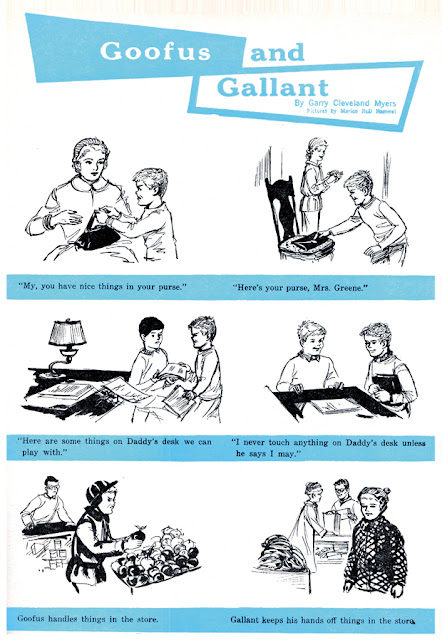 ...and another (because they are so good!) 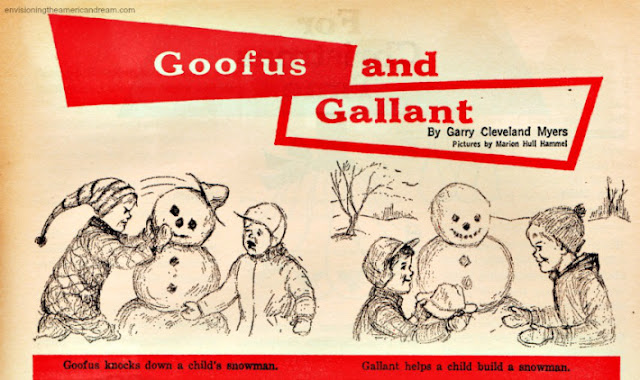 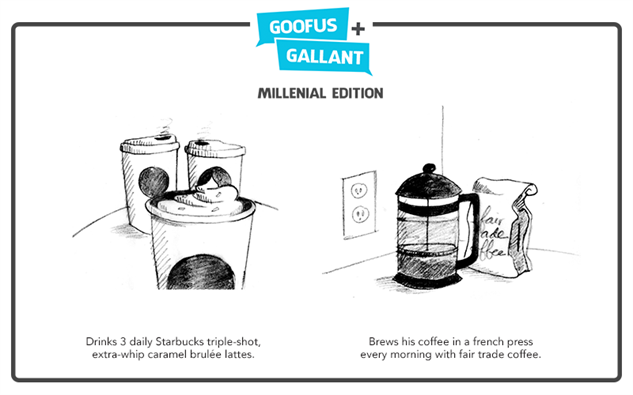 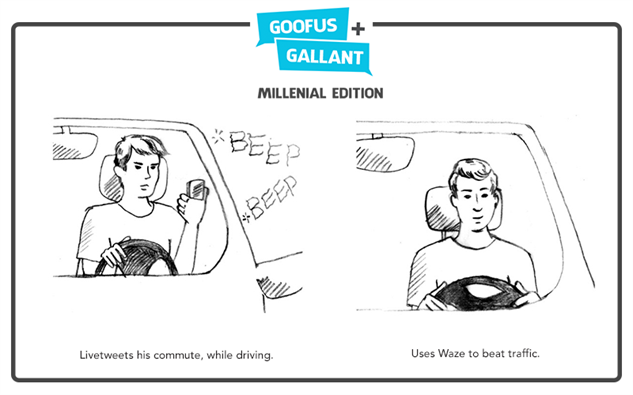 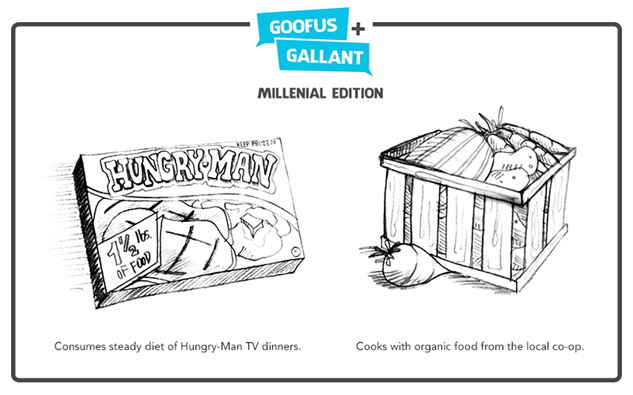